Project Report: The Sorting System Compact 4.0 from Christiani in Use

Luxembourg Vocational School on its Way to Industry 4.0

Four very dedicated teachers from a vocational school in Luxembourg were guests at Christiani to learn hands-on how to assemble functional assembly units from Christiani’s modular mechatronic system range. Together with their students, they want to build a complete automation system. This system will later be used to teach automation technology and Industry 4.0 technologies.

The Lycée Guillaume Kroll is a vocational school in Esch-sur-Alzette, Luxembourg. For training in mechatronics and automation technology, the teachers were looking for a solution that would allow them to train both the assembly of modules and the operation of an automation system. With Christiani, they found exactly what they were looking for: the new Sorting System Compact 4.0 (SSC 4.0) based on the mMS modular mechatronics system.

The SSC 4.0 is a compact, modular and very transparent automation solution. The assembly units and controls of the plant are openly accessible. They can be dismantled in just a few steps and also be used individually. The 4.0 suffix is part of the system’s program: By means of a dashboard, a manufacturing execution system for order scheduling, WiFi and a MySQL server for data storage, the system can also be used for networked production, collaborative work and other Industry 4.0 or Internet of Things (IoT) technologies. This is precisely the special advantage of Christiani’s solution for the vocational school in Luxembourg. 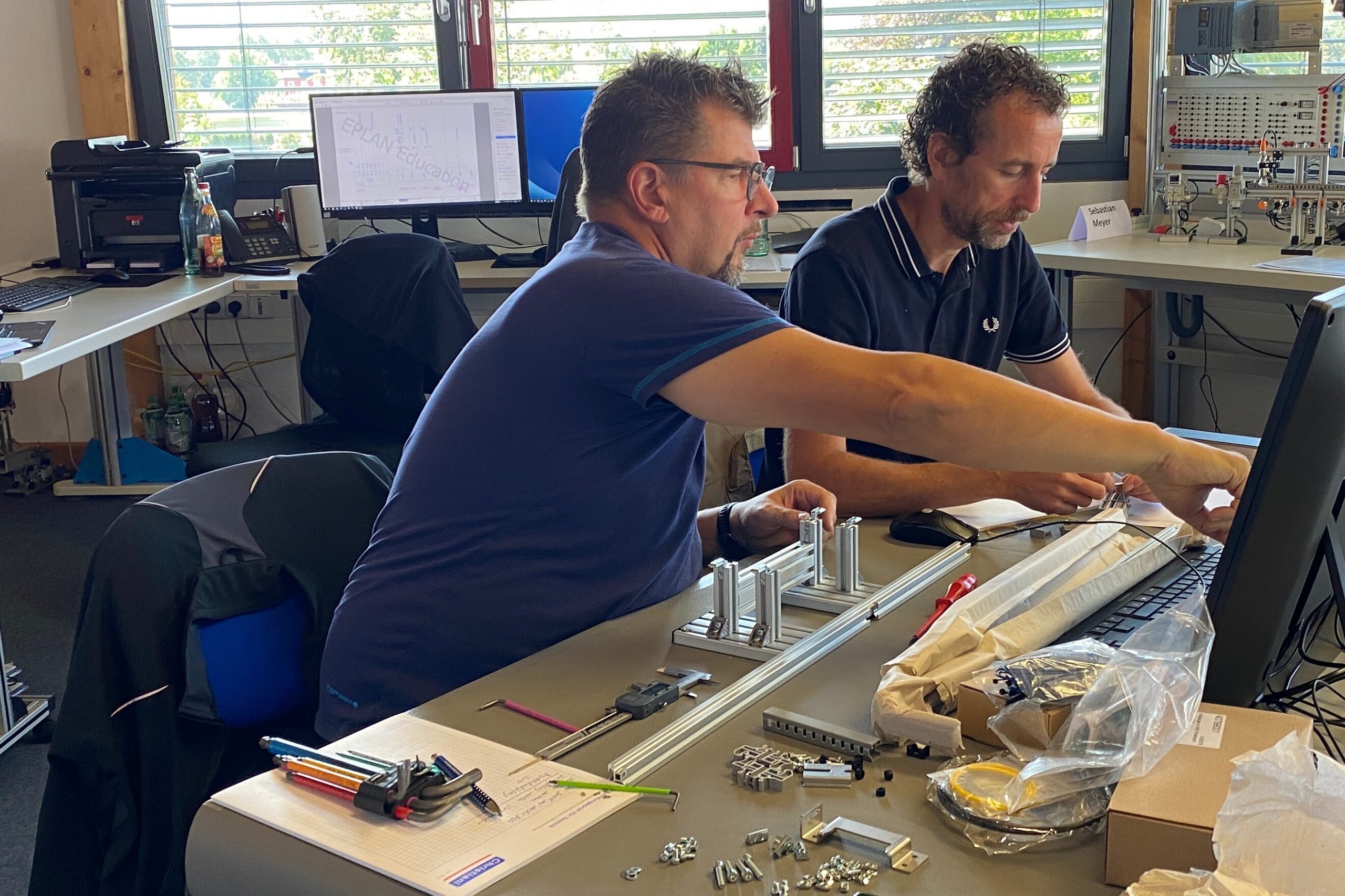 Modular from the individual assembly unit up to the plant

There is another aspect to the modern IoT-capable equipment of the plant: The modular design of the plant allows all assembly units to be manufactured and assembled to the plant by the customer. The individual components for each functional assembly unit are supplied by Christiani in complete assembly kits. A manual with all the information, parts lists, e-plans, videos and much more can be found in the digital media library.

Christiani’s modular mechatronics system is not unknown at the Lycée Guillaume Kroll: A training system based on the mMS has already been successfully in use at the school for several years. Also due to the positive experiences with this predecessor model, the decision was made once again in favor of the flexible system from Christiani.

The students at the vocational school have already started assembling the modules under the guidance of the teachers. These are wired, harnessed and mounted on the support frame. Once the mechatronic work has been completed, the next step is to program the control system. Christiani’s experts are on hand to assist the teachers with the project. Once the system is ready for operation, training is again provided on how to use the system and, more importantly, how to use the dashboard.

Guillaume Kroll was probably the best-known citizen of the city of Esch-sur-Alzette in Luxembourg. The country’s second-largest city has achieved reputation and prosperity through the mining and processing of iron and steel. In the late 1930s, Guillaume Kroll developed a process for producing titanium, the Kroll process named after him.

The school in Esch-sur-Alzette is named in the spirit of this inventor, who has been awarded several honorary doctorates. Who knows, perhaps the use of the new automation system will also awaken the spirit of research in one or two students at the Lycée Guillaume Kroll.